The height of Hajj corresponds with the major Islamic holy day Eid al-Adha, which commemorates Abraham’s readiness to sacrifice his son on Divine orders.

Infact you may be surprised to learn that the Hajj has very little to do with the Prophet Mohammed (PBUH).  Rather, it mostly commemorates events in the life of the Prophet Abraham (PBUH), who is the venerated patriarchal figure for Christians, Judaism and Muslims. 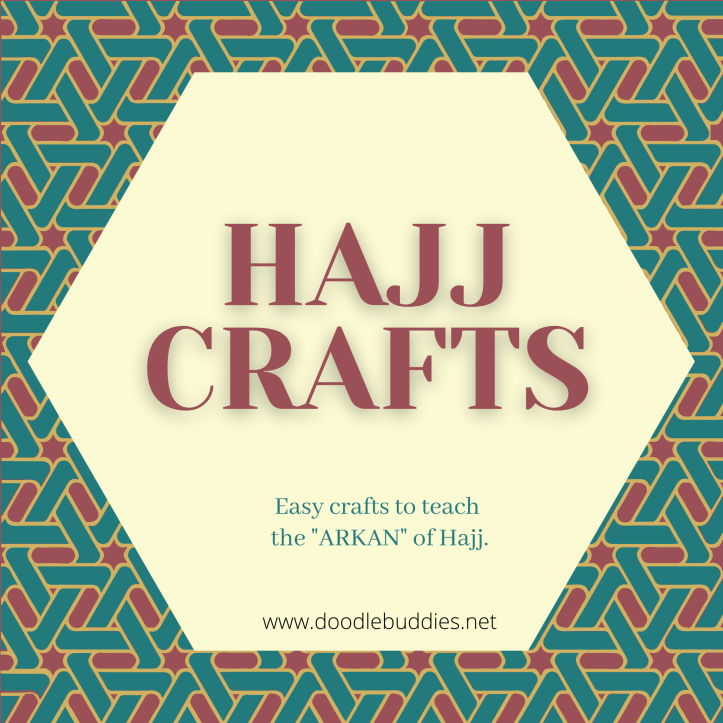 Hajj (in Arabic) stands for Pilgrimage or a five day religious journey every Muslim must make to the city of Mecca in Saudi Arabia.  It is one of the five pillars of Islam, which should be performed at least once in a Muslim’s lifetime provided he/she is physically and financially able.

The other pillars of Islam are (shahadah) profession of faith in the one God and Mohammed (pbuh) as his Prophet, prayer (salah), charity (zakah) and fasting (saum) in the month of Ramadhan.

The Pilgrimage (Hajj) begins on 8th of Dhul-Hijjah (last month of the Islamic Calendar ) and ends on the 13th of Dhul Hijjah.

The pilgrims join hundreds of thousands of people, who simultaneously converge on Mecca for the week of the Hajj, and perform a series of rituals beginning with the Intention (niyah) of performing Hajj and wearing of the Ehraam – special garment that symbolizes human equality and unity before God.  ((Two white pieces of unstitched clothing in case of men) 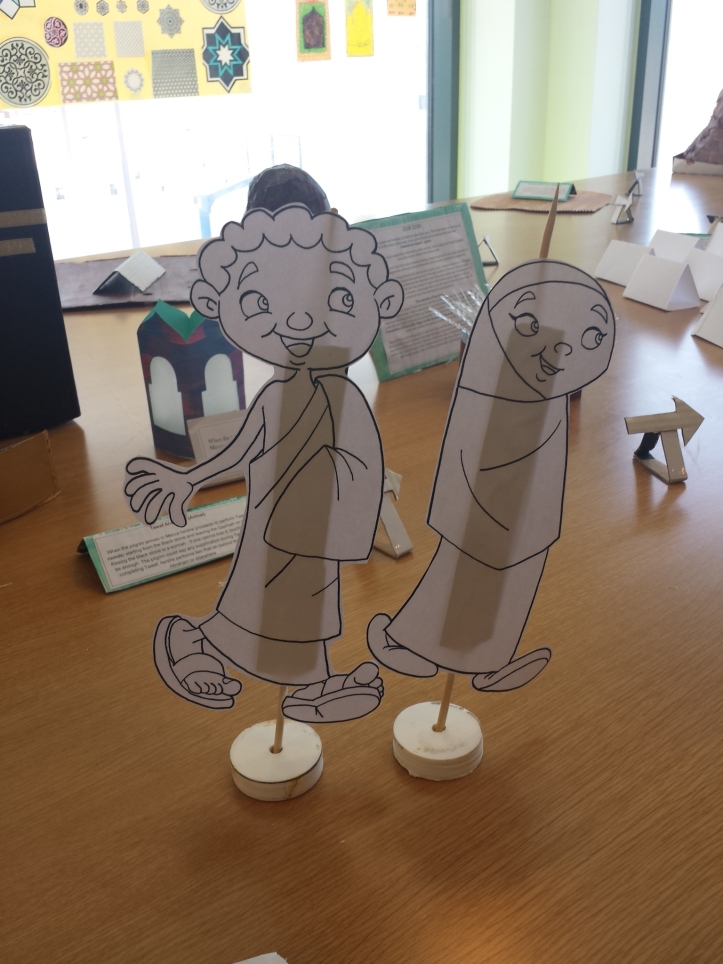 For our craft activities – we had children draw little figures wearing the ehraam and stuck them on clothespin so as to make them stand.

The below cutouts were used for demonstration only.

The Kaaba is a cube-shaped structure, draped in black silk. There is a black stone enclosed in a silver ring in the eastern corner of the Kaaba.

Muslims around the world face the direction of the Kaaba when they pray, but they don’t worship the Kaaba (or the Black Stone). Rather, it is a place of worship of the one God. It is also a focusing mechanism, a central point on the globe toward which all Muslims, in a symbol of unity, direct their thoughts and prayers to God.

For Craft activity – we had the children paint the cuboid box, and decorate it with ribbons and fabric. The kids also drew the little space for Makaam e-ibrahmi.

The Kaaba, itself was built by Prophet Abraham and his son Ismail.  After it was built, God commanded Abraham to proclaim a pilgrimage to the site to all mankind so they can come together to show their devotion to God.

The most well-known ritual in Hajj, is the Tawaaf ( “circumambulation”), during which pilgrims circle the Kaaba counterclockwise seven times at both the very beginning and the very end of the hajj.

Craft Activity for Saee – The children used old newspaper, some masking tape, a cardboard base and some paint to build two hills. They loved this process the most.

There is another event involving Ismail and his mother, Hajra, that looms large in the hajj. God commanded Abraham, as a test of faith, to take Hajra and the infant Ismail out to a barren desert area located between the two hills of Safa and Marwah in Mecca, and leave them there alone with only basic provisions. Eventually the water ran out, and the increasingly frantic Hajra ran back and forth from hill to hill seven times searching for water for her parched child.

Then a miracle occurred: A well, later called the Zamzam well, sprang from the ground, saving both of them. Baby Ismail’s distress kicking of his feet on the same place as where Angel Gabriel (alahis salam) tipped his wing into the sand, to reveal the well.

In order to commemorate Hajra’s frantic search for water for her infant son, Pilgrims walk back and forth seven times between the two hills of Safa and Marwah.

Today, both hills are enclosed within the Masjid al-Haram (Sacred Mosque) complex (which also houses the Kaaba), and the path between the hills is a long, beautiful indoor gallery with marble floors and air conditioning. 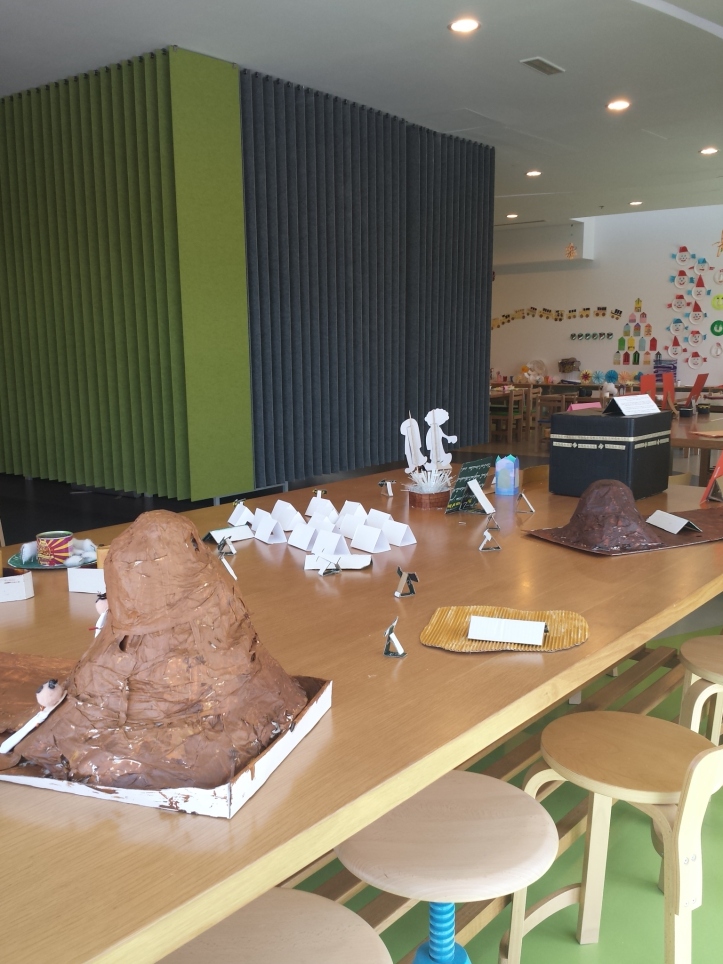 The Pilgrims transit at Mina for 3 days, during which they will visit Arafat, have a night stay at Muzdalifah and strike pebbles at the Jamarat.

Craft Activity for Mina. The children folded a sheet of paper into 3 parts and glued the ends of the last part to form a triangle. The older children cut out a tent template. 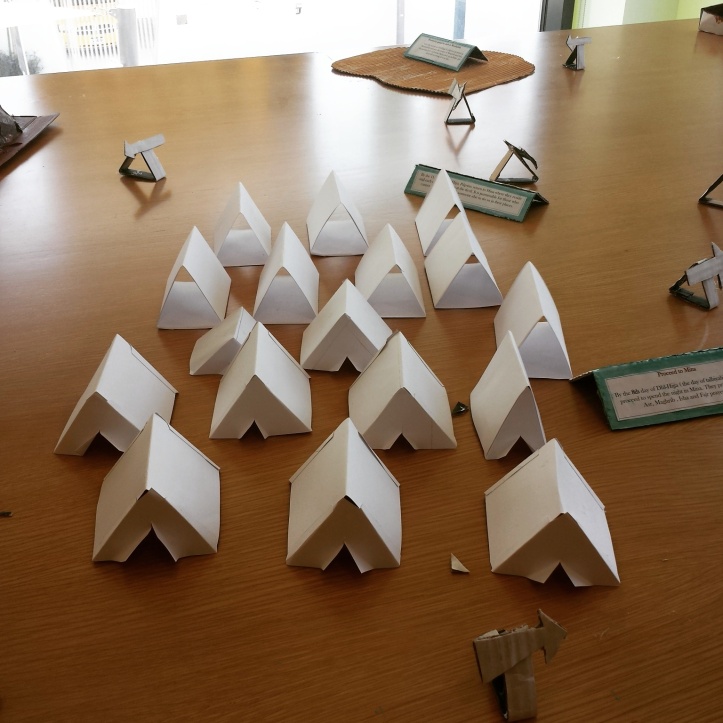 Activity for Arafat – The children loved making the huge mountain (Jebel Rahma) with old newspaper, masking tape and paint.  we also made a few dolls, draped in Ehram.

On the second day of hajj, pilgrims wake at dawn and walk a short distance to Mount Arafat, where they spend the remainder of the day on or near the mountain in quiet worship and contemplation of God, followed by night stay at Muzdalifah. 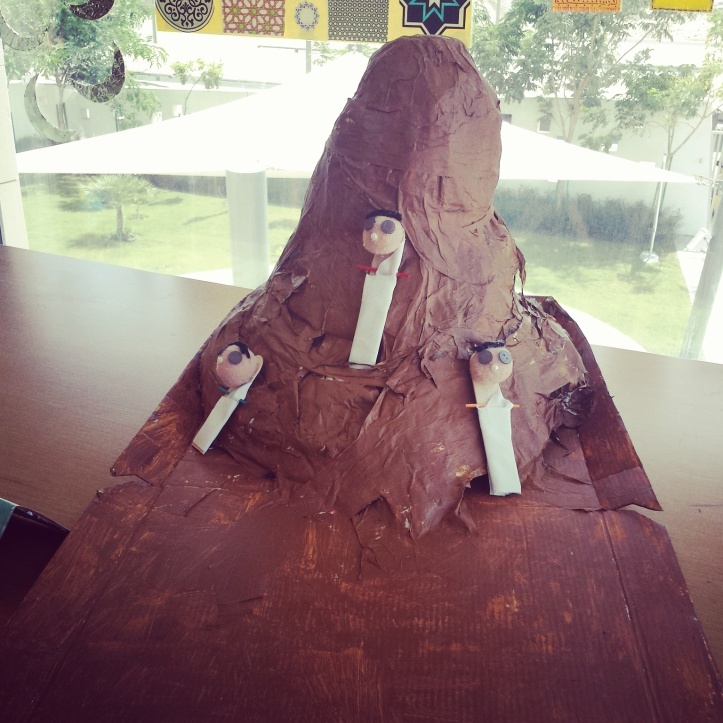 Craft Activity for Jamarat – By far the easiest project. We just painted some toilet rolls and stapled some strips of cardboard to form this shape. 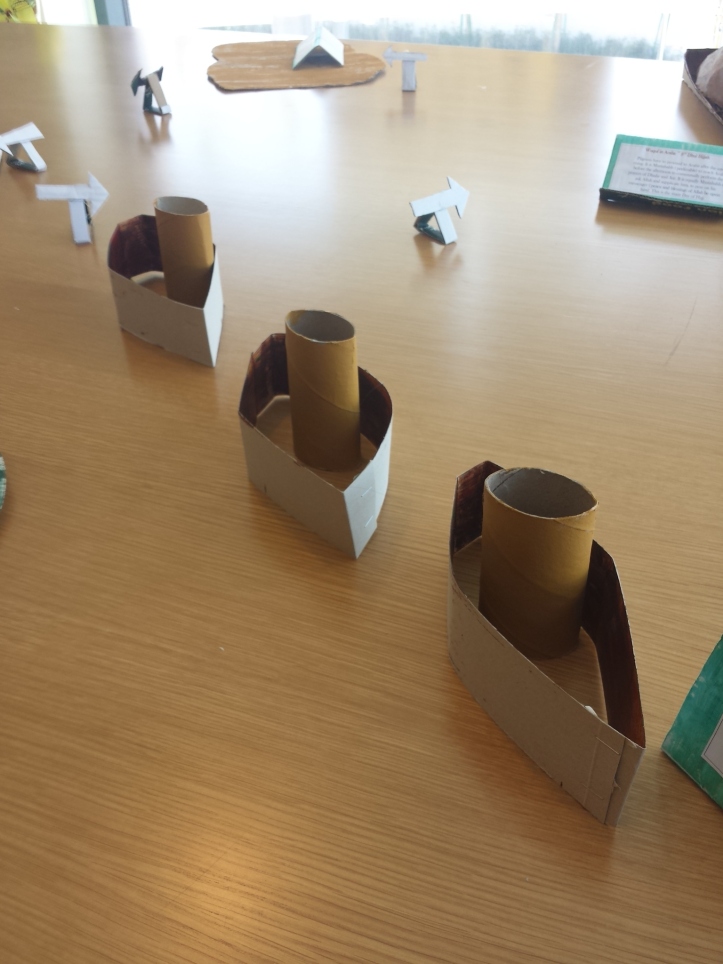 Other rituals include a ceremony where pilgrims throw seven small pebbles at three large stone walls, called jamarat, to symbolize the stoning the devil that tempted Abraham to defy God, and the slaughtering of an animal (usually a sheep) to honor the ram Abraham slaughtered instead of his son.

The meat from the sacrifice is then given to feed the poor and needy. These days, pilgrims frequently elect to purchase tokens to have an animal slaughtered for them.

During Hajj millions of Muslims set aside all differences of race, caste, economic status, nationality, and even sect as they unite in the holy pilgrimage, each donning the simple two-piece white garb of the non-attached traveler, allowing nearly no apparent difference whatsoever as they all stand together.

The Hajj makes Muslims feel the real importance and their sense of purpose and equality in this world and the afterlife, by stripping away all markers of social status, wealth, and pride.

Hajj is a chance to wipe clean the slate of one’s mistakes and shortcomings of the past. Prophet Muhammed (PBUH) said: “One who comes to this House for Hajj and avoids all lewdness and sins, he returns as he was on the day his mother gave birth to him.” (Bukhari & Muslim).

I hope I have been able to convey a little about the Muslim faith and their Abrahamic  rituals during Hajj.

I would love to hear from you if you have any questions.

Do you enjoy recycling crafts just as I do ?

I’m really glad that you stopped by today.  I hope you stay a while and leave inspired.

Please subscribe to my blog to keep abreast with all my latest posts and projects.

I am sharing this project with my blog buddies  here

I’d love to visit you, lets connect at :-

Welcome to my blog

So glad your here. I am Naush & this is where I showcase my creative chaos

I am an eco-friendly visual artist and upcycle crafter, better known for the use of unconventional materials in my artwork, including the use of wire, wood, cardboard, cement, fabric, plastic and paper. I’ve recently moved from Dubai to Toronto with my husband, three teenage sons and nine cats, all of whom will vouch for my messy craft room and nocturnal life.  I thrive on coffee & crafts. I am a self-confessed borderline craft-supplies-hoarder who believes that a little creativity, some paint and a glue gun can do wonders with any mundane object.

Join us at Meraki Link Party every Monday to Thursday

Learn this beautiful art and craft technique with us. 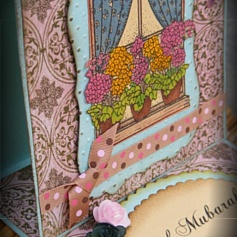 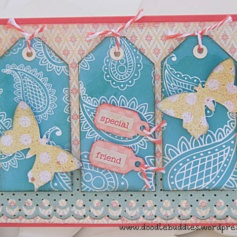 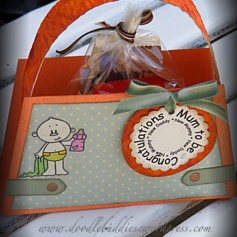 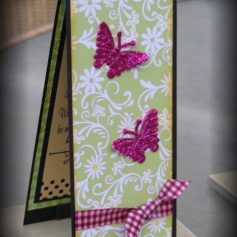 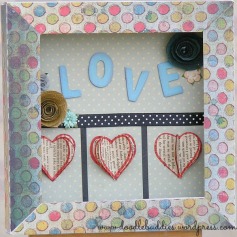 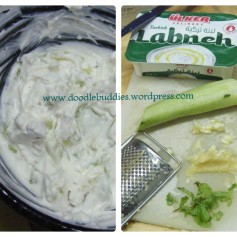 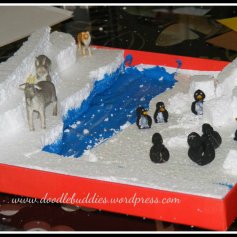 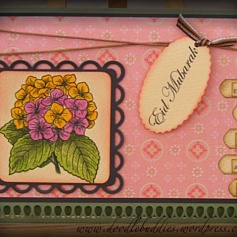 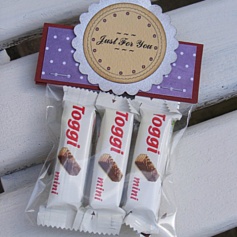 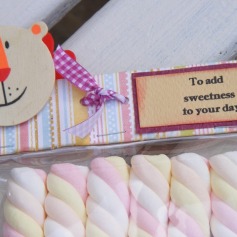 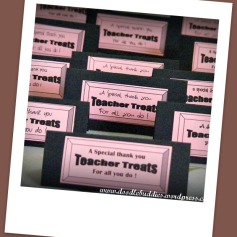 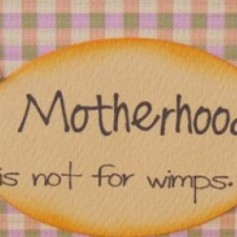 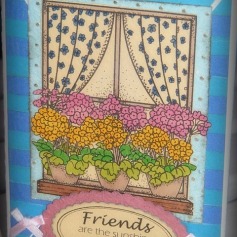 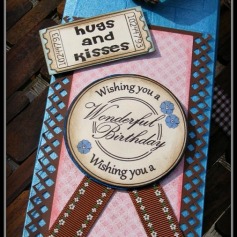 We showcased our projects on

My Community of friends